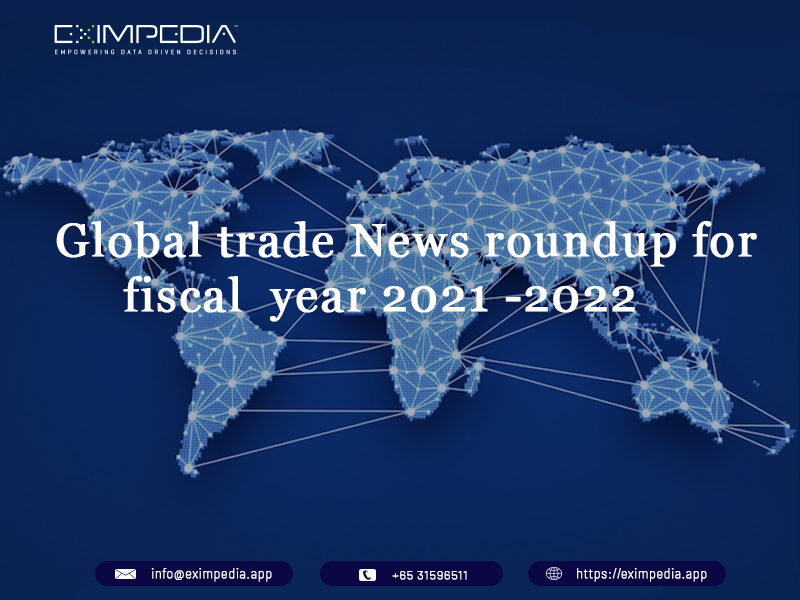 The conventional perspective of international commerce is that each country produces things and provides services that are exported as finished items to customers in other countries. However, in today's global economy, this sort of commerce accounts for just around 30% of total commodities and services trade.

In actuality, global value chains (GVCs) account for over 70% of international commerce today, since services, raw materials, parts, and components cross borders many times. After being integrated into finished items, they are distributed to customers all over the world.
Exports from one nation to another can include complicated relationships between several domestic and foreign providers. More than ever before, commerce is governed by enterprises' strategic decisions to outsource, invest, and carry out activities wherever the requisite skills and materials are available at a competitive cost and quality.
A smartphone made in China, for example, may have visual design components from the United States, computer code from France, silicone chips from Singapore, and precious metals from Bolivia. All nations participating in this process maintain some value and benefit from the final product's export. However, much of the value contributed across the worldwide supply chain is invisible in conventional trade statistics, which assign the full worth of a thing or service to the country that concluded production at the end of the chain.
The economy appears to be gradually returning to a path of positive development, but one area remains a laggard: commerce. Exports, which had plummeted approximately a year ago following the outbreak of the epidemic, are gradually resuming an upward trend. Imports, particularly non-petroleum imports, are increasing quicker, indicating that domestic industrial production is increasing.
However, the rate of increase for both internal and external trade is unequal. Exports increased by 6.16 percent year on year in January, but are presently down by 0.3% in February. Imports increased by a meager 2% in January but jumped by 7% the following month.
In terms of overall exports, the major export agency, the Federation of Indian Export Organisations (FIEO), estimates a 7.3% drop to $290 billion in 2020-21 from $313.36 billion the previous fiscal year.
The drop is clearly the result of Covid's interruptions. This is due to both weaker domestic output and a drop in demand in traditional markets such as the United States and Western Europe. At the same time, FIEO is optimistic about the current fiscal year, expecting exports to surpass $350 billion, partly due to increased order bookings for items such as processed food, pharmaceuticals, medical and diagnostic products, chemicals, and electronics.
This lofty target is only likely to be met if demand in developed-country markets, which have traditionally been this country's main trading partners, recovers significantly. The drop in exports in February emphasizes that the route to increased export growth will be difficult. However, India's exports must be considered from the perspective of global trade in 2020 and growth projections for 2021.
According to the World Trade Organization (WTO), global trade is predicted to fall by 9.2 percent in 2020, followed by a 7.2% increase in 2021. The International Monetary Fund (IMF), on the other hand, forecasted a 10.4% drop in global trade volume in 2020 and an 8.3% increase in world trade volume. Due to restrictions on cross-border tourist and business travel, trade in services is anticipated to increase more slowly.
In other words, even the current year's forecasts do not anticipate a return to pre-pandemic trade volumes. International trade will take another year or so to return to normal levels. As a result, India needs to assess its trade agreements at the international, regional, and bilateral levels to determine where it might get the greatest advantage. On the regional level, it has already declined to join the massive Regional Comprehensive Economic Partnership (RCEP) because it was not in its best interests.
On a bilateral basis, it is now negotiating many significant free trade agreements, notably those with the European Union and the United States, which have taken an unusually long period to conclude. Since 2012, it has not signed a new free trade agreement (FTA). However, if this country does not want to be left out of the numerous trade deals that other countries are negotiating, it must become more proactive in this area.
However, the prognosis for the WTO has improved with the election of the Biden administration, which has committed to resume vigorous US engagement in global fora. As a first step, it backed the selection of Nigerian-American Ngozi Okonjo-Iweala as the first female and African Director-General. Ms. Okonjo-Iweala met with the Indian delegation for the first time, which was significant. She has also stated openly her admiration for this nation and its participation in the World Trade Organization. At the same time, it is unclear if she would approve of many of India's ideas, and she may actually favor developed countries. For example, she has stated that notwithstanding India's objections, investment facilitation is a topic that must be addressed.