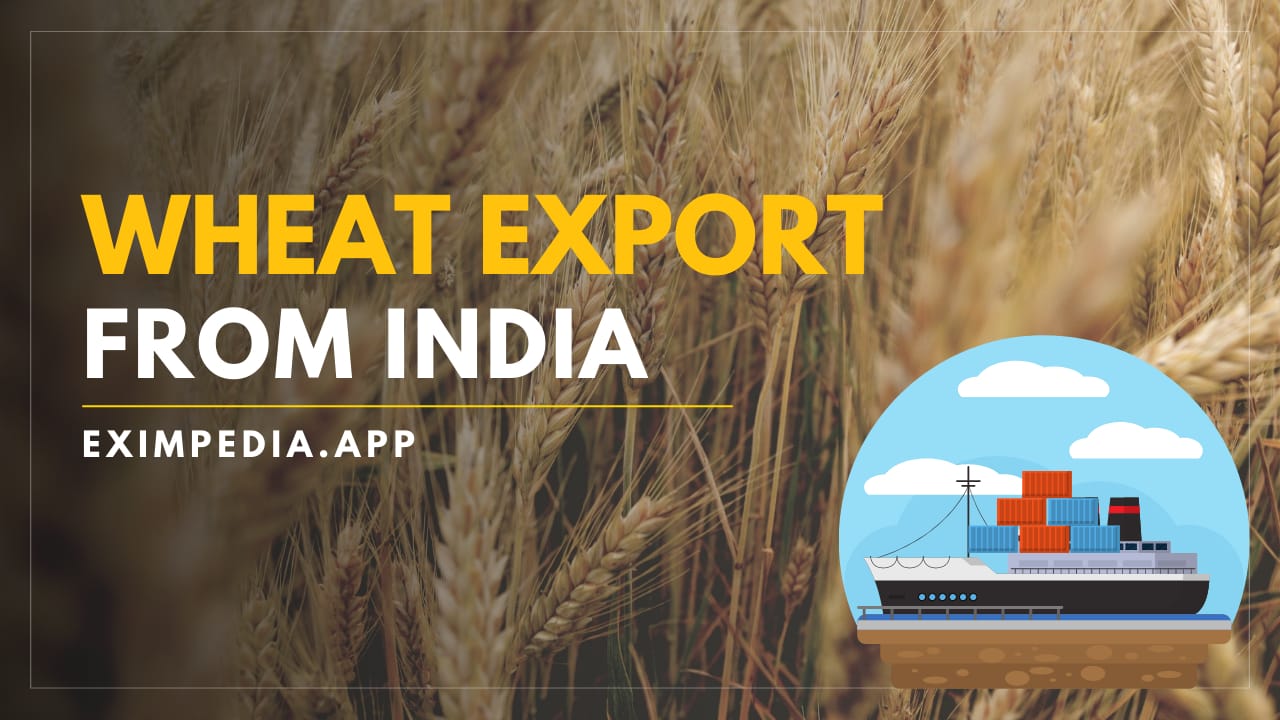 As a searing heatwave restricted output and local prices hit an all-time high despite strong export demand, India prohibited wheat exports, just days after stating it was aiming for record shipments this year.

The government stated that it will continue to authorise shipments for letters of credit previously given and on the request of countries attempting "to satisfy their food security demands."

After the Black Sea region's exports plummeted following Russia's invasion of Ukraine in late February, global customers were relying on the world's second-largest wheat producer for supply. Before the restriction, India planned to transport a record 10 million tonnes of coal this year.

"The prohibition is startling," remarked a multinational trading firm's Mumbai-based trader. "We were expecting export restrictions after 2-3 months, but it appears that inflation figures altered the government's thinking."

Wheat prices in India have reached a new high, reaching as much as 25,000 rupees ($322.71) per metric tonne in some spot markets, compared to the government's regulated minimum support price of 20,150 rupees.

Heat Waves cause crop shrinkage. Earlier this week, India announced its record export target for the fiscal year 2022/23, which began on April 1, adding that it will send trade delegations to countries such as Morocco, Tunisia, Indonesia, and the Philippines to seek methods to increase exports even more.

However, a rapid and unexpected spike in temperatures in mid-March implies the crop size may be lesser than predicted, at approximately 100 million tonnes or even lower, according to a New Delhi-based dealer with a global trading business, compared to a government estimate of 111.32 million tonnes.

"Government procurement has dropped by more than half." Spot markets are receiving considerably less supply than they did last year. "All of this points to a smaller harvest," the merchant stated.

"The Indian prohibition will increase world wheat prices." "Right present, there is no major provider on the market," stated the second dealer.

Importance of Export from India

Every country in the world is attempting to get a foothold in global commerce. This is owing to the World Trade Organization's (WTO) reduction of trade barriers, rising import bills, and increased worldwide competition in the home market. Furthermore, most developing nations rely largely on financial organisations such as the World Bank and the International Monetary Fund (IMF) and other sources to finance development operations and decrease balance-of-payment deficits. As a result, it is critical that import invoices and overseas loans be paid in foreign currency. Earning foreign money through various export operations is essential to achieve this.

To Motivate Organizations to Export:

Governments give various incentives to encourage organisations to export and earn valuable foreign exchange. These incentives assist exporters to decrease their tax burden while maintaining a competitive pricing advantage in international markets. However, as a WTO member, each nation must guarantee that the incentives provided by its government do not provide exporters with an undue advantage. Thus, no country is permitted to provide another unique commercial advantage or to discriminate against it; all nations must stand on an equal footing and share the benefits of any progress toward reduced trade barriers (branch). Furthermore, all export incentives must adhere to WTO standards and adhere to its numerous principles.

In India, the framework of export incentives in the form of duty exemption and remission programmes has been established with exporters' interests and WTO obligations in mind. The Duty Exemption Scheme enables exporters to import duty-free inputs for the production of export goods. The Duty Remission Schemes allow for the replenishment/remission of duty on inputs after exports.

In India, the framework of export incentives in the form of duty exemption and remission programmes has been established with exporters' interests and WTO obligations in mind.

The Duty Exemption Scheme enables exporters to import duty-free inputs for the production of export goods. The Duty Remission Schemes allow for the replenishment/remission of duty on inputs after exports.

During the planning era, new industries were established in India. Export of these industries' products will be pushed in order to improve sales. Under the export promotion scheme, increasing exports becomes simple.

The successful execution of the programmes needs the purchase of equipment and other capital goods from outside the country. Increased exports are required to acquire the requisite foreign exchange to fulfil import costs.

India Trade Data will be freely accessible. This information can help us provide you with the best services possible. We can assist you in gaining access to international trade statistics. This information can assist you in improving strategic work for your company models. So, what are you still waiting for? Don't lose time; contact our experts immediately and experience the benefit of being ahead of your rivals.